Wins and conquests of Eritrean women 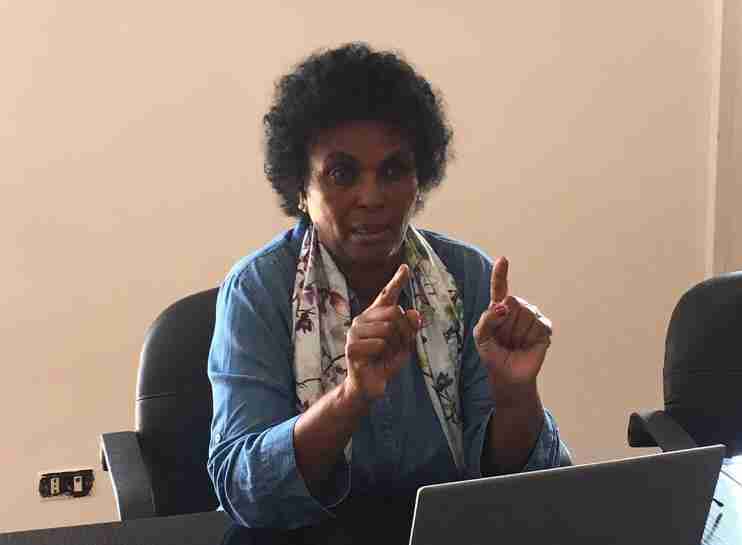 The history of the Eritrean feminist movement is very fascinating because it was born in the folds of a long civil war, but it is also an event that has added substance to the revolutionary epic, that is to say, many concrete results obtained in favor of women. It is no coincidence that the movement has the legal formula of the union, the National Union of Eritrean Women (NUEW). To celebrate 40 years of life and activity, meeting both Eritrean women living in their homeland and those of the diaspora, the NUEW organized a major international meeting in Rimini, the outcome of which was told to us by President Tekea Tesfamicael, who came to us in the editorial office to take stock of the celebrations but especially of forty years of activity.

“Ours is a liberation movement that was born at the front – Tesmicael told us – the Eritrean women were in the front line against the enemy. In all, we represented almost 30% of the fighters, we did everything for our country, then, after that bloody experience, difficult but victorious, it became almost natural to have more equal treatment, gender equality as before did not exist. “We came from a patriarchal management of society – continues the president of NUEW – women were subjected to fathers and husbands. War and revolution have changed everything. We demonstrated on the ground and in fact that equality was an irresistible obligation, so things began to change. Before 1979, women had no education, no homes or land, no choice or decision. After the war, an uninterrupted process of equalisation began, which today makes Eritrea one of the world’s most feminine nations, demonstrating a high concept of women and protecting their rights”.

Tekea Tesfamicael is understandably very happy with the path that has been done and you can see it. The Eritrean one for gender equality is a model not only for Africa. She, who was on the mountains fighting for the independence of her land and her people, when she speaks of those years and the work done for women she lights up, shows a passion and a pride that have deep roots.

Our government, led by our President Isaias Afewerki, has done a great deal in recent years,” she explains. He has defended his territory, his people, but he has also dealt with fundamental social issues. Land and water for all, hospital facilities throughout the country, infrastructures that have allowed mobility. It has not been easy for years because we have always remained at war to defend our borders, but great work has been done for all and women have benefited greatly”.

And here, this woman full of grit and energy, begins to talk about the rights that the women’s union has achieved. An analytical narrative, point by point, result by result, which demonstrates all the importance of the path taken.

“All the physical mutilations that Eritrean women had been suffering for centuries have been abolished, gender bans have been eliminated, prejudices have been defeated – says Tesfamicael, who then gives concrete examples – before the revolution only men could possess lands. Now, no, women can have land, cultivate it, have money, be autonomous, have the right to school and university education. This kind of thing has filled gaps, but on certain fronts we have also gone ahead with realities such as the European one. Today in our country equal pay is guaranteed while, as we know, in many Western countries women still earn less for equal work. Tesfamicael is a concrete woman, she knows that the path of her country is still long, and in fact she says that after the peace with Ethiopia “now our priority is to create development and economic growth”, but she emphasizes with joy that in Eritrea, unlike many other African countries, even though there are at least nine different ethnic groups people live in harmony with the aim of keeping the country united and improving it. “Our union – concludes the interview with a big smile – has 340,000 members.  In every single village there is one of our representatives. In the government we have five ministries, Fozia Mashim for Justice and Amina Nurhisen for Health, as well as the Ministries of Tourism, Labour and Welfare. In Rimini we were 1,500 of us”. She doesn’t say it, but you can feel that she thinks it. So we say it: even with women Eritrea has done a little miracle.