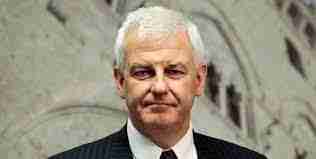 “The performance of the main businesses is in line with expectations. We confirm the 2019 guidance and continue to focus on the implementation of the business plan”. With the sobriety that distinguishes his work and sees the facts, and especially the numbers, before the words and comments, Alessandro Profumo, CEO of Leonardo, first Italian military industry, commented the results that his company has brought home in the first nine months of activity of 2019. Words that translated into numbers say that Leonardo closed the first three quarters of the current year with a net profit of 465 million, up 77% on an annual basis. Seventy-seven percent, you read it right. Keep this figure in mind because it is equivalent to the jumper’s rod. Six months after the renewal of the positions, it is as if Profumo, a man of numbers and finance, but also a manager accustomed to confronting himself with the results, wanted to engrave with fire in the memory of those who will have to decide the future fate of Leonardo the outcome of his work. It’s as if he had said: “This is me, this is where I brought the company“.

The 77% growth is not a trivial number. On the contrary, evaluating what Profumo had inherited from the disastrous Moretti management, which some managers in the sector do not hesitate to label as “a useless tsunami”, the results of this 2019 are extraordinary. Let’s look at them a little more closely: revenues stood at 9.1 billion (+11%) and Ebitda at 686 million (+9% with a Ros of 7.5%). New orders reached 8.6 billion, bringing the total portfolio to 35.672 billion (+3.4%). If we also consider that Leonardo’s market becomes more competitive every year, we have a more exact measure of the absolute value of this performance 2019 of the Perfume management. The biggest hand for the achievement of these results came from the helicopter sector of the group that “confirms the effectiveness of the path taken last year, showing a solid performance, with revenues (+3%) and profitability growth (Ebitda +24.4%) compared to the same period in 2018: In a note issued by the company, it is stated that the main orders include contracts for the supply of 23 NH90 tactical helicopters to the Spanish Ministry of Defence and the supply of 4 AW101 naval multi-purpose helicopters to the Polish Ministry of Defence. Lastly, there is a double buyback: Leonardo US Holding announced public takeover bids for the entire amount of two of its own bond issues: “7.375% Guaranteed Notes two 2039” and “6.250% Guaranteed Notes two 2040”, guaranteed by Leonardo spa. In line with the business plan, the company explains, the offers aim to reduce the interest expense due until the maturity of the 2039 and 2040 Notes. “The net present value of the transaction will be significantly positive“, concludes the note. And after the announcement of the achievement of these results, significant news also arrived on the future, on the prospects of the company. In Dubai, on 17 November last, the creation of an innovative helicopter terminal was announced, which brings together in a single structure the take-off and landing area and the relative technical and operational support appliances, showrooms, shops, lounges and B2B areas. A heliterminal that Leonardo will build in Dubai next year and that will make its debut at Expo2020 with the aim of expanding into the various parts of the world with similar needs and opportunities: Europe, North and South America, South-East Asia.

And then the Expo2020 in Dubai where Leonardo will be the protagonist, sponsoring the Italian Pavilion. “We are proud to participate in the Italian Pavilion at Expo 2020 Dubai and to contribute to the enhancement of the excellence of our country, which is itself a unique mix of creativity and technology,” said Profumo. “The attitude towards the transversality of knowledge has always been for us an element that characterizes us and that ideally binds us to Leonardo da Vinci, the versatile mind of the Renaissance that inspired us to choose our name“, added Profumo and then concluded: “in the Italian Pavilion we will bring some of the most important technological innovations of our company with the aim of showing our significant contribution to the progress and development of the communities in which we operate“. We talked about a rod. With these results and with this perspective Alessandro Profumo has located his. Who will decide on its confirmation or not will have to bear in mind these results and remember how long and tiring has been the path taken by the management in office.

JasonNjoku@JasonNjokuRT @ebitdaddy90: My favorite part of investor letters lately is how apparently in the current market prices are detached from fundamentals.…2 hours ago24 May 2022

Ngozi Okonjo-Iweala@NOIwealaGreat meeting with H.E President @RodrigoChavesR of Costa Rica. Grateful for Costa Rica’s contributions to the @wto… twitter.com/i/web/status/1…3 hours ago24 May 2022

Ngozi Okonjo-Iweala@NOIwealaGreat to see my dear friend and sister @Lagarde at #WEF with Laksmi Mittal @ArcelorMittal. pic.twitter.com/w8XWHcTWb04 hours ago24 May 2022

Ngozi Okonjo-Iweala@NOIwealaWith former Vice President @algore at the @wef, an enduring voice for the world to do better on Climate Change! pic.twitter.com/nJJ6IX1k155 hours ago24 May 2022

Franklin CUDJOE@lordcudjoe"As long as it is admitted that the law may be diverted from its true purpose--that it may violate property instead… twitter.com/i/web/status/1…6 hours ago24 May 2022

JasonNjoku@JasonNjokuRT @pitdesi: Banks have to file accounting statements every Q, I love looking them up. Here's @VaroBank Q1: 768 employees, $32M salary/ben…6 hours ago24 May 2022

Eric Wainaina@EricWainainaCheck out @MtandaoManenos and my Facebook page to watch the live stream of our conversation. We’ve already kicked o… twitter.com/i/web/status/1…14 hours ago24 May 2022

Eric Wainaina@EricWainainaT - 30 minutes. Check out my or @MtandaoManenos Facebook to listen and interact with us!! twitter.com/ericwainaina/s…15 hours ago24 May 2022

#Kadaga@RebeccaKadagaRT @JuliusBintu: Happy birthday Rt. Hon. @RebeccaKadagaUG.🎉🎂🎊 May this special day mark your entry into a new dimension of breakthroughs.…16 hours ago24 May 2022