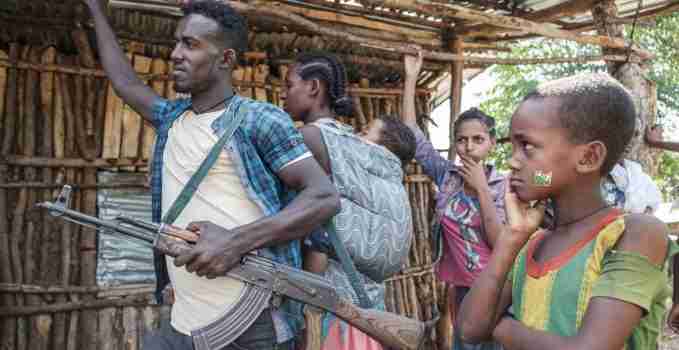 Rape in Tigrai: TPLF propaganda uses a historical plague to denigrate its enemies 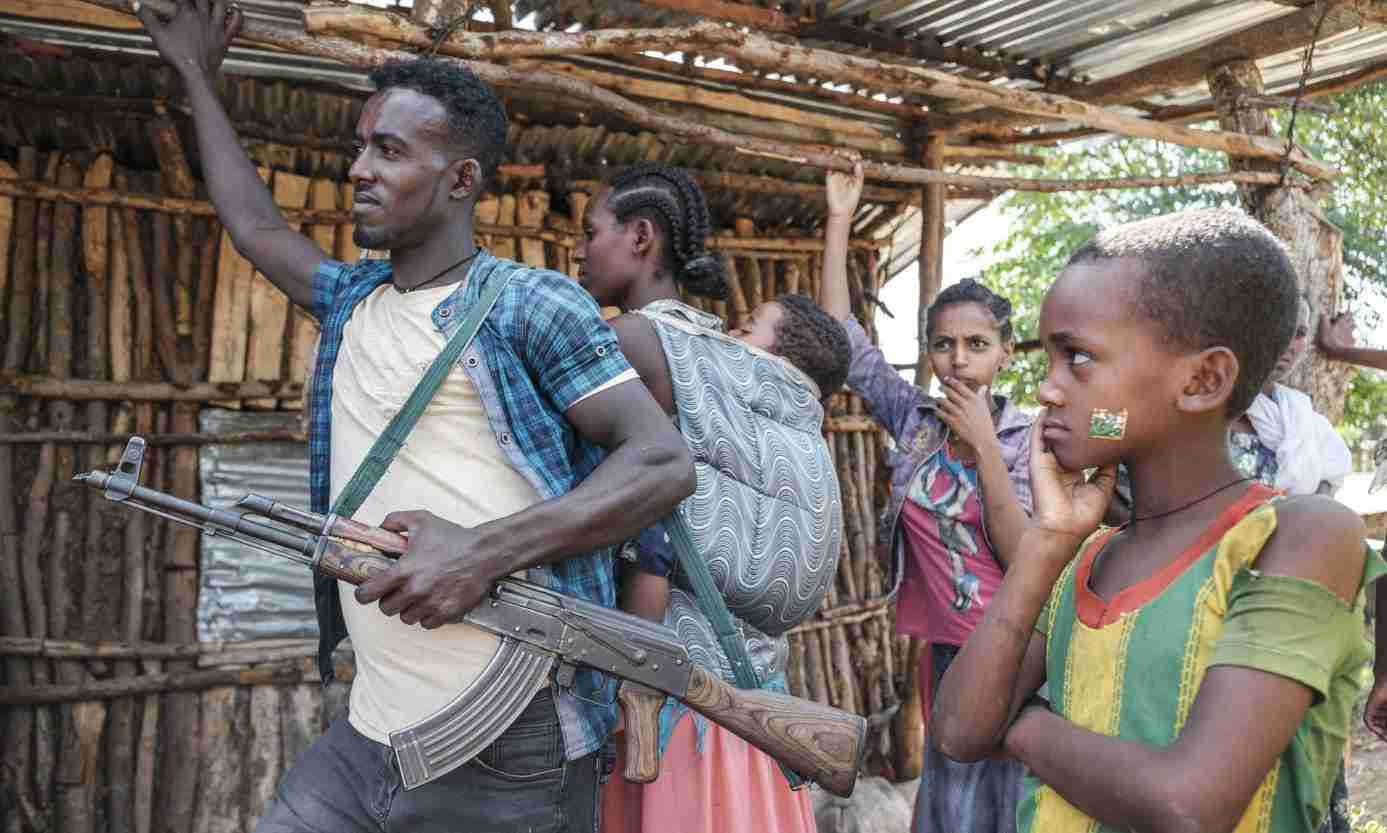 From the moment the law enforcement began in Tigrai on response to the declaration of war by TPLF forces , an international campaign on the issue of rape in Tigrai region was launched by TPLF activists accusing Eritrean and Ethiopian forces. That was  not a surprise to those who know TPLF and its propaganda tactics. But the fact that rape was so rampant in the Tigray region, so rampant that they had commissioned and funded several studies in the last two decades.

A cursory look at the various studies shows that UN agencies such as WHO, UNFPA and NGOs operating in the Tigray region, as well as various European states that fund their operations, have known about the rape crisis in the Tigray region for over two decades. Yet, today, they pretend it is an issue that is related to the law enforcement operations by the central government. Worse, they point fingers at Eritrea, a nation where rape is practically non-existent.

TPLF supporters have denied that a rape culture exists in Tigray. Rape culture is a sociological concept for:

“…a setting in which rape is pervasive and normalized due to societal attitudes about gender and sexuality.  Behaviors commonly associated with rape culture include, trivializing rape, denial of widespread rape, refusing to acknowledge the harm caused by sexual violence, or some combination of these. Sociologists also tell us that rape is less likely to occur within cultures that are peaceful (have low rates of interpersonal violence), promote mutual respect between the sexes, and lack an ideology of male toughness (machismo).

Despite the denials, unfortunately, that defines the Tigray region in Ethiopia and Tigrayan society and the following studies will show that.

Gender-based violence, including rape was rampant throughout Tigray, including in its Universities, and predates events that have taken place after November 2018. In addition to the attack on the Northern Command and the massacres and MaiKadra, the TPLF’s release of criminals, including rapists, has exacerbated the violence against women and children in Tigray. Let us take a look at some of the studies conducted in the Tigray region.

A 2014 study, “Sexual Violence and Associated Factor among Commercial Sex Workers in Mekelle City, Tigray, Northern Ethiopia”, was conducted in Mekelle city. According to the report:

So there may be some who will suggest that such violence comes with the territory, that sex-workers put themselves in that situation, but let us take a look at other studies done in Tigray, that will show gender based violence to be prevalent and known to both local officials and the many international NGOs that operate in the region. While there are studies conducted by outsiders, there have been many studies conducted by Tigrayans and other Ethiopians.

“…Cross-sectional institution based survey, using self-administered anonymous questionnaire and focus group discussion, was conducted among college female students found in Mekelle, Northern Ethiopia in March 2007 to determine the prevalence and associated factors of gender based violence…A total of 1024 female students were involved in the study…the overall prevalence of GBV in lifetime and in the current year was found to be 62.1% … Current year GBV was associated with female students who witnessed parental violence as a child, having boyfriend currently, who were sexually active at the time of the survey, with history of alcohol consumption and having drunken peers (males or/and females), whose childhood residence was in rural area and having poor school performance. In the focus group discussions both in female and male groups, it was underscored that officials’ tolerance, traditions rewarding manliness and females’ loss of confidence as how to negotiate about sexual relations were exposing girls to gender based violence even in higher learning institution…Based on the findings of the survey, it is concluded that gender based violence is common and serious problem among college female students in the study area. …”

“…As part of Ethiopia, in Tigray, sexual violence is still high, for example, a research done in Adigrat hospital shows 60.2% of rape cases occurred among children and adolescents…”

Their study at Mekelle University showed the extent of the problem:

“…Four hundred twenty-two pregnant women were involved in this study, yielding a response rate of 100%. More than half of the pregnant women (226; 53.60%) were 25–34 years, and the mean age was 27.98 years (SD ± 6.30). The majority of pregnant women (380; 90%) were Orthodox Christian and 37 (8.85%) were Muslim. More than nine in ten, of the pregnant women (404; 95.70%) were married and 403 (95.50%) were Tigray in ethnicity…Nearly one fifth of women surveyed experienced intimate partner physical violence during pregnancy. Early marriage, rural dwelling, intimate partner alcohol consumption, and educational status were associated with intimate partner physical violence during pregnancy. Urgent attention to women’s rights and health is essential at all levels to alleviate the problem and its risk factors in Tigray regional state of Ethiopia…”

A publication is funded by the Government of the Republic of Ireland, through Irish Aid-the official overseas development programme of the Department of Foreign Affairs and Trade of Ireland in Ethiopia-as part of UN Women’s programme on ‘Preventing and Responding to Violence against Women and Girls in Ethiopia’ says:

“…there was an incident in Tigray that outraged the community leading to street protests, where a 13 year old girl was subjected to sexual violence that resulted in the amputation of both of her legs. Not only was the girl subjected to early marriage but also to domestic violence, a common manifestation of VAWG in these societies….”

This study also said that Violence against women and girls (VAWG) were also recorded, with the prevalence rate in Tigray 34.1 percent.

A September 2016 study, “Assessment Of Rape Victims, The Case Of Secondary, Preparatory, TVET, Adwa College Of Teachers And Educational Leadership Education And Axum University, Central Zone Of Tigray, Ethiopia” authored by Workneh Gebreselassie and published by the International Journal of Scientific and Technology Research Volume 5, Issue 09 said the following:

“…. This research work has been carried out by dispatching self administered questionnaires randomly among 643 students of secondary, preparatory, TVET Adwa college of teachers and educational leadership education and Axum university students…This research has investigated; rape incident is series [serious] problem of our female student. It is affecting their life and education process. Almost half (49%) of the sexually active female students revealed rape accident. Even (44%) of the rape victims encountered more than one rape incident which extend up to six time per one victim. The very alarming condition is 36.5% of the sexually active students at initial enforced to be involved to sex by rape…Among the rape victims, 27.7 % claimed rape incident in their present Institution, mainly in university (46.2%) and secondary and TVET (23%) each. In these institutions the rape attack is carried by university instructors (66.7%) and secondary teachers (33.3 %/) by enforcing with grade (mark), which is related to academic corruption…”

In the 2015 study “HIV transmission as a form of gender-based violence: Experiences of women in Tigray, Ethiopia”, published by three authors Muireann Ní Raghallaigh, Sarah Morton, and Mary Allen, the authors stated the following:

“…Five focus groups were conducted in the Tigray region of Northern Ethiopia. Three of the groups took part in an urban setting while the remaining two were conducted in a rural area. The focus groups were divided into three age groups: 18–25, 25–35 and 35+ years…While some participants were of the view that attitudes towards rape were changing, others believed that rape was still not considered taboo. Several participants distinguished between rape in rural areas and rape in urban areas, saying that in rural areas rape was accompanied by force and often occurred when girls or women were collecting firewood or water, while in urban areas it is done in a modern way, through deception…When asked about the forms of violence that were experienced by women in both the urban and rural settings, the participants talked about physical violence, sexual violence, emotional abuse and coercive control. However, in addition, the women recounted experiences of more general oppression. In responding to questions about violence, they spoke about husbands having multiple sexual partners, about contracting HIV and living with the virus, about the unequal responsibility that women took for child rearing and household life, and about dependence on men, thus suggesting the general inequality and oppression that they encounter…”

The three researchers were from the University College Dublin in Ireland. The research was conducted with financial support from the Vincentian Law Missionaries of Dublin.

“…The findings make for grim reading. The women who participated in the focus groups spoke openly about the issues they and their counterparts faced in their localities. As has been described, these included rape, physical and emotional abuse, unequal division of labour, unfaithful marriages, the transmission of HIV, poverty, unfair legal proceedings, lack of support from their communities, families and church if they wish to divorce their husbands and lack of education. The impact of these issues range from the economic and physical to the emotional and psychological, with all members of the family being affected. The women attributed the causes of violence and oppression to a myriad of reasons including lack of education and awareness, and inequality. The role played by poverty was particularly noteworthy. It was evident that many women became caught in a vicious cycle of poverty and abuse, whereby their efforts to meet their children’s basic needs meant that they felt unable to leave abusive men on whom they were dependent…”

“…Within the study period, 181 victims reported to have been raped. Children and adolescents comprise 60.2% of the cases. Majority (91.7%) came from urban areas, about 70% were students and 76.8% were single. About 20% of the victims said they were raped before and the other 20% reported attempted rape. Forced sexual initiation was reported by 67.4%. Gang rape was reported in 6% of the victims who reported previous rape cases and 8.8% of the victims reported in the current one. Only 42% of the rapists were arrested even though the patients identified 90% of the perpetrators. About 30% of the patients had physical injuries to their bodies and 40% had minor and major genital findings. The victims also reported contracting sexually transmitted diseases, sexual and psychiatric problems and unwanted pregnancy…”

The two researchers thank Tedros Adhanom who was head of the Regional Health Bureau, now heading the WHO, and Dr. Karen Witten, an American internist, for their “assistance and encouragement” in writing the paper.

These studies were commissioned during the TPLF’s rule in Ethiopia and involved many researchers, including foreigners from Norway, Sweden, Ireland, and the United States. There were many studies conducted by foreign NGOs in Tigray. For example, the African Child Policy Forum in collaboration with Save the Children Sweden, conducted a study to generate national information on violence against children. It acted as a contribution to the global UN study on violence against children. Violence comes in all shapes and forms including rape, beatings, bullying, sexual harassment, verbal abuse, abduction, early marriage, female genital cutting, committing children to abusive and exploitative labour, trafficking, and the use of children as weapons and targets of war. The study by Save the Children showed the following:

In another study, “A Study on Violence against Girls in Primary Schools and Its Impacts on Girls’ Education in Ethiopia conducted by Save the Children Denmark, Ethiopia’s Ministry of Education and Ministry of Women’s Affairs”, reported the following:

These are but a handful sample of studies conducted in the Tigray region of Ethiopia during the TPLF’s rule of Ethiopia.

Instead of pointing fingers at others, TPLF supporters, including the international community, must address the problem for the sake of the people of Tigray and not try to politicize the issue and divert attention elsewhere. Tigray society needs to impart changes in the social structures and practices that sustain this cultural acceptance of gender-based violence. Every individual in society has to assume an active role in the fight against violence against women. There seems to be an urgent need in Tigray, to secure and maintain the physical, emotional and psychological integrity, security, well-being and dignity of women and girls, free from gender-based violence. Propaganda and denial will not achieve that.

(Associated Medias) – all rights are reserved