Conakry – Guinea said yes to the referendum on constitutional reforms. With a higher than expected turnout, voters who voted in favor of the reforms were 92.68% of the total. An overwhelming victory for the Yes (2,890,675 votes out of 3,168,000 voters), which shows that the Guineans had very clear ideas about the country’s need to modernize its regulatory system. But the overwhelming victory of the Yes is also a gesture of great support, if not real love, for the incumbent President Alpha Condé, convinced supporter of the referendum which, among other things, allows an extension of the presidential term.

At the moment the former professor of economics at “Sciences Po” has not yet lifted his reservations about his new candidacy for the next presidential elections in the autumn. But he has certainly fought with all his might in favor of a modernization of the constitution that was stuck 20 years ago and that did not take into account a series of changes that Guinean society has already implemented. From the new female condition to the reformed management of the Armed Forces, from the right to work to gender equality, from the elimination of slavery to the ban on genital mutilation, from the sharing and fair management of national resources to the elimination of the death penalty. These momentous changes alone explain the massive participation of women and young Guineans in this referendum vote.

Oppositions, even finding some international support, have instead aimed only at boycotting and discrediting the President and his government. This turned out to be a double mistake: because they did not understand that the Guineans actually want to modernize their country and deeply love Alpha Condé: the economist, the first elected president, the defender of the weak, the man who defeated Ebola and brought development and modernity to the country. Two sensational mistakes made in the first place by Cellou Dalein Diallo, leader of the FNDC (Front National pour la Défense de la Constitution), the first opposition force, who the week before the vote arrived at the insane as well as useless attempt to call for an uprising by the Armed Forces. 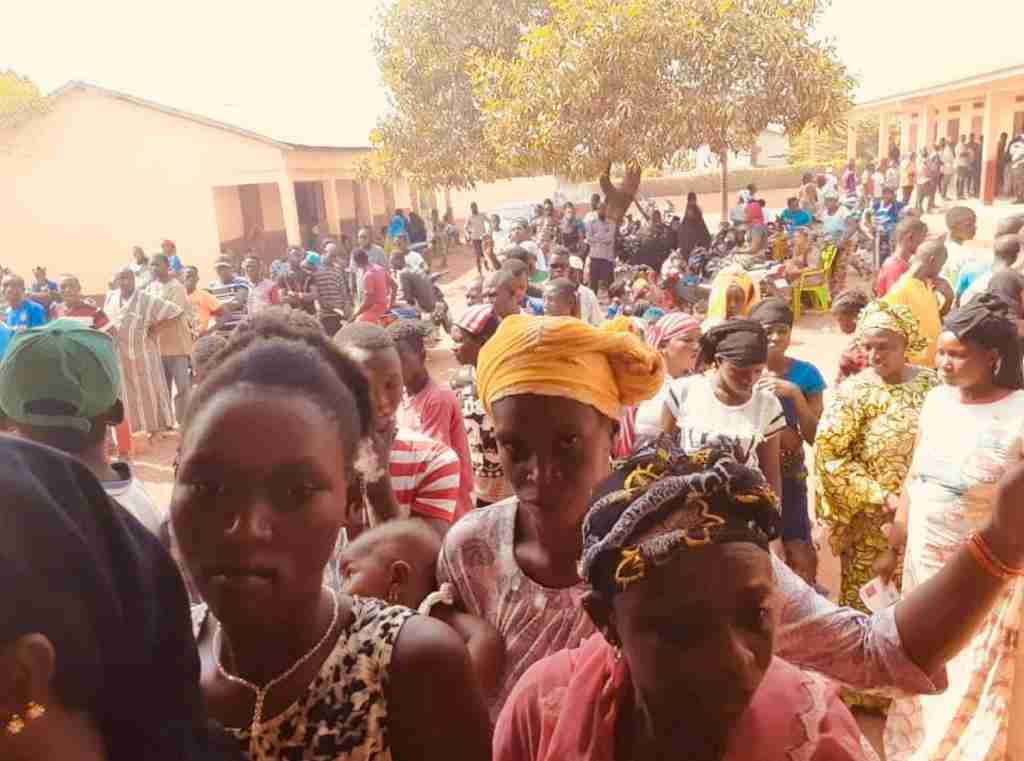 But in the meantime let us return for a moment to the vote, which, we remember, was also for the legislative elections, and the days before it, unfortunately marked by riots and boycott attempts. In Conakry, as in other areas of the country, there were various clashes, with at least two dead, numerous injured and dozens of arrests. In the days before, the signs had been worse. The Guineans witnessed real acts of terrorism by elements of the opposition: armed attacks against the forces of law and order, foiled attempts to set petrol stations on fire in built-up areas with hand grenades and various explosives, fires in public buildings and the homes of private citizens who were guilty of going to vote. A real attempt at a coup d’état by those who present themselves as defenders of democracy but which, fortunately, was foiled by the population and the forces of law and order.

An outraged Western ambassador in Conakry confessed to us: “I have never seen such a stupid and dangerous opposition. They boycotted the elections and now they will find themselves without deputies. They have organized violence and discredited themselves in front of their voters. The truth is that they hoped for an uprising of the armed forces that didn’t happen. I’m not for a third term of Condé, but these are really dangerous and unscrupulous”.

In the end, however, it went well, with limited damage, managed thanks to timely intervention by the forces of law and order. But the riots and various attempts to boycott the vote were the tangible sign of a series of forcing and provocations carried out by the opposition for several months.In an attempt to boycott the elections Diallo and his friends, including a few other African leaders, first went down the path of discredit and then the insurrection against Alpha Condé and his government. One need only mention the hostile attitude of the President of Niger Issoufou. A former friend of Condé’s since the time of the Parisian militancy, Issoufou, who needed support from France to obtain an international role at the end of his mandate, immediately made himself available to Paris by betraying his old friend and using his role as President of the CEDEAO (Communauté Economique Des Etats de l’Afrique de l’Ouest) to try to block and prevent the Referendum.

For months they tried to prevent the consultations by claiming that there were no objective conditions for holding the referendum. They also thought they had broken through when the OIF (International Organisation of the Francophonie) and the CEDEAO called for precautions to be taken in view of the vote and to eliminate about 2.5 million voters who did not have digitized documents or illegible fingerprints. Statements which immediately set in motion their propaganda machine to shout out the scandal and try to prevent the elections.But they had not reckoned with Alpha Condé and even less with the Independent National Electoral Commission (CENI) of Guinea, which with great linearity and shelter from any criticism moved the elections by two weeks using the time of the move to accept and implement all the remarks and suggestions that OIF and CEDEAO had proposed. A simple move when effective that unblocked the situation and guaranteed the full legitimacy of the vote. The words of Tiéman Hubert Coulibaly, head of the OIF mission in Guinea, were very clear: “the OIF – he said – has never announced the withdrawal of its support for the electoral process”. 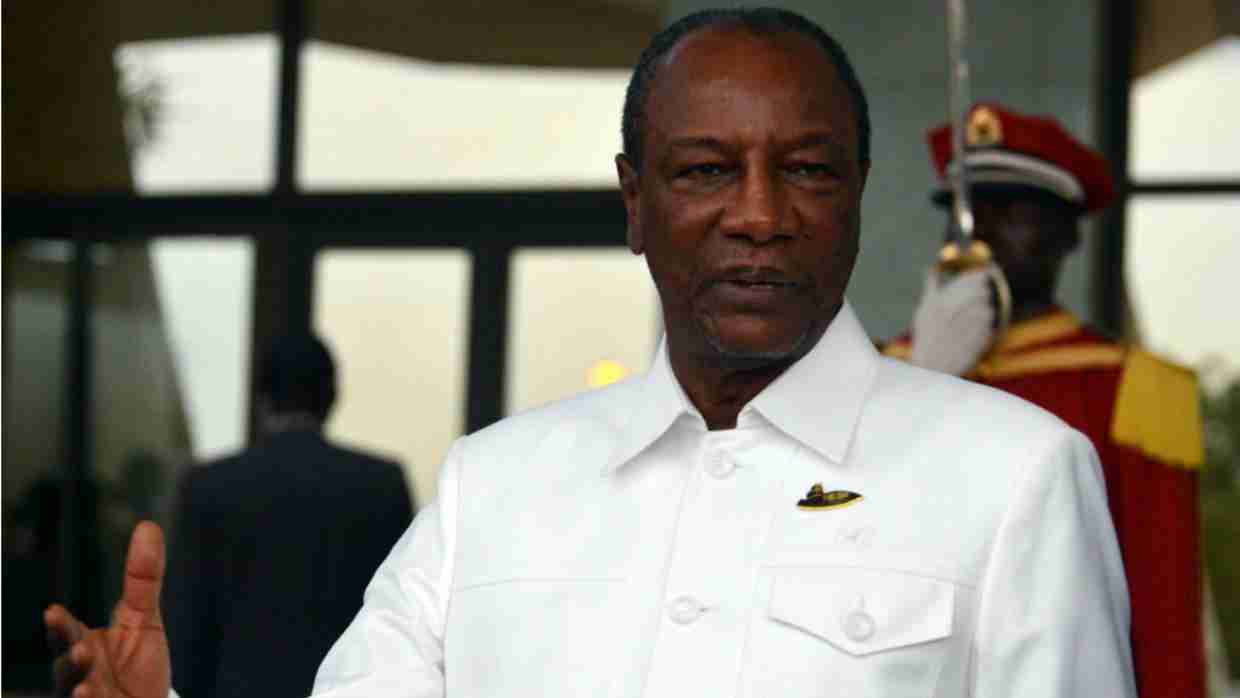 But, as we were saying, there has also been some outside interference outside Africa. Interferences also publicly denounced by Russia and China. Many Interferences also officially denounced by Russia and China newspapers, through a series of rather documented reconstructions, have in fact shown how the French had actually had a hand in the boycott attempts made by the Guinean opposition.It is no coincidence that a few months ago the head of French diplomacy himself, Jean-Yves Le Drian, without great hesitation or caution, made the the following explicit statement: “This (Guinea) is the most delicate situation today (in the region) and the commitment of President Alpha Condé to demand a reform of the constitution does not necessarily seem to us to be shared either by the population or by its neighbors”.

The vote in the referendum shows amply how wrong Le Drian was and how much France’s attitude of interference in the affairs of the sovereign states of Africa is still widespread and practiced. And it is no coincidence that those clear and inappropriate words of the French Foreign Minister were followed by a series of behaviour against Alpha Condé and his government. This interference continued even shortly after the vote. A public note that also appeared on the Quai d’Orsay website states that “The non-inclusive and non-consensual nature of these elections, as well as the role played by elements of the security and defence forces, which went beyond the mere security of the process, did not allow credible elections with a consensual outcome to take place. France also notes the lack of regional and international observation of double voting”.A reconstruction, that of the French Foreign Ministry, consistent only with the manifest hostility of Paris against the Guinean government. So much so that this reconstruction was in fact contradicted by the communiqué of COMISCA (Coordination of the International Mission of Observers of the African Civil Society) which concludes its report by saying that the parliamentary and referendum elections of 22 March 2020 in the Republic of Guinea were “free, transparent and democratic”. 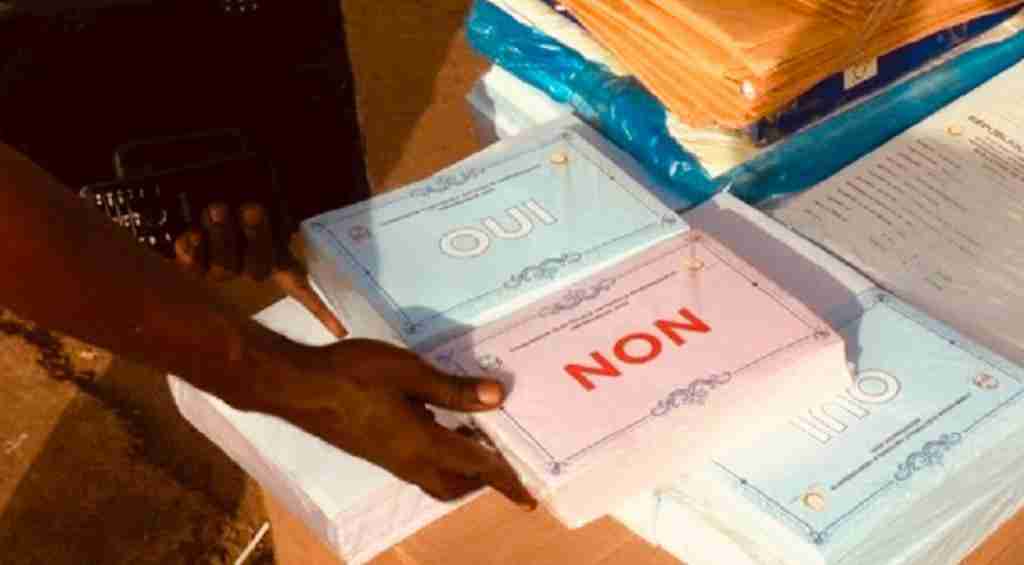 In short, France, once again, intervenes on the internal issue of another country, citing as acts of accusation circumstances and facts contradicted by observers who were on the spot. The reasons for this behaviour are clearly to be found in the neocolonialism that still characterises French foreign policy in Africa. What happened in Guinea today had previously happened, for example, in the 2019 elections in Bénin, where only 4% of the population voted and there were serious mass insurrections. In that case Paris did not make a single comment. And a similar speech can be made for the last elections in Togo. The truth – as the CPFG (Convention Patriotique des Forces de Gauche) also pointed out in a statement – is that France is not resigned to the idea that the concept of “Franceafrique” is dead forever. “In reality, France – CPFG – continues to make the Guinean people pay for its historical “NO” of 1958. It does not forgive this people, its spirit of independence and its refusal to return to the French meadow”.

Guinea has for years been an example of an autonomous and independent country on the African chessboard.  Alpha Condé is a well-trained politician who has long had to fight for independence and survival for himself and his people. He is a leader with an international dimension who, thanks to his long and prestigious career and also thanks to his recent presidency of the African Union, has forged a series of personal international relations that lead him to be completely indifferent to pressure from France or anyone else. Those who know him well say that in reality Alpha Condé is not at all hostile to France. On the contrary, he has sympathy for Macron whose great intelligence and courage he admires. And he has not forgotten the support he received during the Ebola epidemic and the years he spent in his revolutionary Paris. But this solid esteem for French democracy does not prevent President Guinean from defending his country’s freedom and independence at all costs.

An attitude that France must certainly not have liked and which explains his not-so-concealed hostility to the current Guinean leadership. And for that matter, Alpha Condé was also explicit about his thinking on neocolonialism.  In a recent public debate the President of Guinea said in no uncertain terms that the time has come to “cut the umbilical cord with France”. A phrase consistent with the general attitude of independence that Alpha Condé has against any neocolonialist logic or attitude. On the contrary, and just to give an example, while the great opponent of Condé, namely Cellou Dalein Diallo, defends the CFA franc with arguments of pure homage rather than economic, Alpha Condé opposes this monetary practice and declares himself hostile to an ECO (currency that must replace the CFA franc) anchored to the euro. And France must not have liked this either.

In short, this vote writes several pages of history and sanctions an epochal change in an area of Africa rich in important mineral resources but also a laboratory of new attitudes against French colonialist hegemony. Successfully filed this referendum practice now awaits the roar of the lion of Conakry: will he run to the next presidential elections or after winning the last battle will he retire to private life? The referendum results and the oceanic crowds that have accompanied Condé’s every public outing in recent months would seem to say that he will run again. But to know for sure we’ll have to wait a few more months.