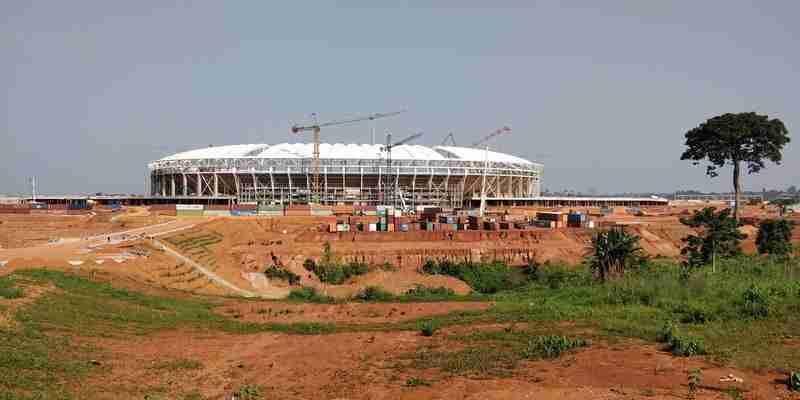 The Canadian company “Magil Construction” was charged in Cameroon following corrupt episodes that, hour by hour, are taking shape and getting worse. The challenge is the construction of the Paul Biya Stadium, a key infrastructure to host the 2021 African Football Cup. Well-informed international sources reveal that Magil would have reportedly paid bribes to the Cameroonian Minister of Sports to resume construction of the stadium to Piccini, an Italian company that had regularly won the contract. The conditional is mandatory because there are still no formal statements on the subject. But, as we have said, hour after hour, the accusatory picture against Magil takes shape. For example, institutional sources have reported that corruption allegedly took place through officials of the Ministry of Sports. If, as all indications suggest, this adversarial system is confirmed, it will have the effect of a bomb in both Youndè and Ottawa. As a result of this sensational episode of corruption, Cameroon faces the risk of having its African Cup of Nations award revoked, which had already been cancelled due to various infrastructure delays and then reconfirmed for 2021.  The Can Executive Committee, the body called upon to rule on the most important African football tournament on these issues, is indeed unshakeable. But as much clamour as this event produces and will produce in Canada. In Ottawa, they are still in shock over the history of SNC-Lavalin, another major construction company, which in Libya has been accused of paying 32 million bribes to win tenders. The Magil affair would only worsen Canada’s international image and undermine many of the activities underway in Africa. In fact, Canadian regulations are very strict, both with respect to those who commit this crime and with respect to their own companies that may be involved.  However, the bomb appears to have been detonated. This is very recent news of the treason trial of a local Piccini leader, a certain Benoit Fabre, used by corrupters to obtain confidential information on contracts and works, which will then be used to blow up the existing contract between Cameroon and the Italian company.

Exist an audio with the recording that proves Piccini’s betrayal by Fabre, an unfaithful employee engaged in transferring confidential information and details of the work in progress for the sole purpose of boycotting the Italian company and meeting delivery deadlines. With this registration, Fabre signs his offence, knowing also that the French parent company Egis, with which Magil already has a project underway in Douala, is, as a minimum, in a conflict situation. We now need to understand how the scenarios will evolve. President Paul Biya certainly wants to break this embarrassing deadlock and ensure his country both the African Cup of Nations and an orderly and unassailable public life. In the coming hours, we will see what measures will be taken to restore the situation to normal.

Eric Wainaina@EricWainainaTune in tomorrow!! Come listen to me and Kevin talk about marketability outside of academia #softskills twitter.com/mtandaomanenos…4 hours ago23 May 2022

Zwelinzima Vavi@Zwelinzima1The boy then thanked the club for codetermination by scoring a hat trick today. Wow! pic.twitter.com/NQWI9PB1D119 hours ago22 May 2022

JasonNjoku@JasonNjokuRT @nathanbarry: In the last 5 years, we’ve paid $3.9 million in profit sharing to the ConvertKit team. While most companies hope to retur…23 hours ago22 May 2022

Ngozi Okonjo-Iweala@NOIwealaThe issue of water systems as a global common good and its link to other global commons challenges such as climate… twitter.com/i/web/status/1…1 day ago22 May 2022

JasonNjoku@JasonNjokuRT @TurnerNovak: lots of advice on VC Twitter lately, but getting to cash flow breakeven is easier than you think: - Talk to your customer…1 day ago22 May 2022

JasonNjoku@JasonNjokuRT @paddycosgrave: As an LP in multiple venture funds here’s my advice to VCs: Stop writing advice threads for startups and start writing…1 day ago22 May 2022

Zwelinzima Vavi@Zwelinzima1Farewell comrade #MphoMoerane Strength to your family, friends and comrades in the @MYANC ! Those of us who called… twitter.com/i/web/status/1…1 day ago22 May 2022

Zwelinzima Vavi@Zwelinzima1Stand up! The fight in defence of a girl child and mothers starts in every home and spread into society! That thug… twitter.com/i/web/status/1…1 day ago22 May 2022

Ngozi Okonjo-Iweala@NOIwealaBrainstorming with @APEC Ministers today on the road to a successful @wto #MC12. pic.twitter.com/G8jzOOStav2 days ago22 May 2022

Ngozi Okonjo-Iweala@NOIwealaComoros is making great progress with its Accession to the WTO. Keeping fingers crossed for late 2022/early 2023. W… twitter.com/i/web/status/1…2 days ago21 May 2022

Ngozi Okonjo-Iweala@NOIwealaTalking supply chains with Mr Tan Chong Meng, CEO of @globalPSA and his team. Also with DDG @Paugam_Commerce. pic.twitter.com/u5tekMAfJo2 days ago21 May 2022

Acha Leke@achalekeRT @McKinseyAfrica: Applications for Forward - our free online learning program - are now open in Africa. Are you a young professional or…5 days ago18 May 2022

Michel Sidibé@MichelSidibeFrom @DaoudaSembene #CoM2022 “To mobilize more resources for SDG, it’s all about partnerships, with tax payers, pri… twitter.com/i/web/status/1…6 days ago17 May 2022

Michel Sidibé@MichelSidibeFrom @CIDiong #Com22 : “To accelerate the achievement of SDG, we need three things: commitment, investment and lead… twitter.com/i/web/status/1…6 days ago17 May 2022

Eric Wainaina@EricWainainaPepooo if you aren’t watching ozark right now… you should!2 weeks ago11 May 2022

Eric Wainaina@EricWainainaI really don’t think they should have! I was eating the drama up! twitter.com/EbonyLife_TV/s…2 weeks ago09 May 2022