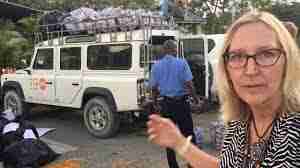 In line with the recently held campaign against women discrimination, local media outlets have spoken to Ms. Marielle Sander (Sweden), representative in Eritrea of UNFPA the United Nations sexual and reproductive health agency.  Eritrea Profile by TesfaNews presents you a compiled version of the interview Ms. Sander gave to Open Mic.

Q : Hello and thank you for your time.

Ms. Marielle Sander: Thank you very much for this opportunity. I am the representative of UNFPA and I have been here in Eritrea for four months now. However, I have been working with UNFPA for five years in different countries; my last posting was in Haiti. I am very happy to be in Eritrea. It is such an interesting experience for me to be working in a country which is strong and resilient.

Q : What is UNFPA mainly concerned with, specifically in Eritrea? Globally, the UN Population Fund works for secular reproductive health and rights for human beings. We also work with aims of empowering young people because we believe that they are indeed our future leaders, and so they need to be provided with opportunities to practice leadership skills. We also work on gender-based violence against women in all forms including female genital mutilation and underage marriage. Here in Eritrea, our focus, in partnership with the government, is aiming at addressing issues such as lowering mortality death rate of mothers and issues related to sexual and reproductive health for women and girls.

Q : Ms. Sander, can you please tell us about the Global 16 Days Campaign against Gender Based Violence? It is known that the campaign began on the 25th of November, which coincided with the 4Oth anniversary of the National Union of Eritrean women.

First of all, we are really proud and happy to support the National Union of Eritrean Women. Forty Years! For forty years women have been part of the liberation and development of this country. As part of my research, because I have been doing a lot of reading about Eritrea and its history, learning how 30% of the freedom fighters on the front were women and how important women’s role has been towards the country’s development has made me see a certain level of energy and commitment in the works that are being undertaken by the National Union of Eritrean Women.

In terms UNFPA and the whole of the United Nations, we’re all rallying around and supporting the Union’s initiatives as they celebrate this remarkable anniversary. The campaign is an action-packed agenda launched on the 25th of November. Workshops of varied agenda and talks with female athletes, for example, took place. We talked about what is gender equality and why we still need to talk about gender-based discrimination. Research tells us that globally when girls and women are not repressed in any way, they can be equal contributors to development as men.

The Eritrean population has long understood this, definitely since the begging of the struggle, but the global struggle is not over yet for women. I feel like the equality programs and ambitions in this country are very much in line with what we want to achieve with the international community. So, for sure, to stand next to the National Union of Eritrean Women and work with them by inviting dialogues with men and boys for the Eritrean women is something that we all can be proud of.

Q : What is your take on Eritrea’s effort to bring about gender equality?

Eritrea was an early adopter in taking concrete action against women’s and girls’ violence and abuse, particularly in relation to female genital mutilation, as it has been a campaign that has been going on for years now, even before it became a global campaign with the UN. Moreover, an issue that has been taken very seriously is underage marriage. So, the Government of Eritrea has recognized such issues early on in the 2000s. There have been laws that ban underage marriage and FGM. It is also amazing that even the religious leaders and institutions are working to pass this message on. It takes time to filter these things in a community. However, this is something that has been proven to be doable in Eritrea. I know the current ambition for the Government is to end FGM by 2022 and given what I have seen here, it is possible for Eritrea to accomplish.

Q : As representative of UNFPA, how do you think will you best contribute to your office’s mission in Eritrea? We are here at the invitation of the Eritrean Government. We work under a strategic cooperation framework. We work very closely with the Eritrean Ministry of Health and work around the goals that the country has set to achieve in reducing maternal death rate to less than 70 per 100000 and so we will bring our programs around reproductive health to where the people are. We are really happy about the work relations we have with several ministries and agencies and really hope we can take our actions forward.

Q : And lastly, on a personal note, how has working in Eritrea been so far?

For me, this is the best kept secret. I didn’t really know what to expect before I came here because there is very little information about Eritrea outside. Of course, I knew about our programs, but coming here is a totally different experience. The words that spring to mind when I think about the Eritrean people are ‘integrity’, ‘dignity’ and ‘resilience’. These people have accomplished so much without outside support. And I am very surprised that this message is not communicated widely. Yes, there are challenges, yes, there are issues; but look at what Eritrea has accomplished!

Eritrea is one of the few countries that were able to achieve the Millennial Development Goals of reducing maternal mortality by 44% with almost nothing! You can only do that, if you put your focus in to getting things done. I did tour the country and visited many hospitals and they are so clean. On a personal note, I have lived in many countries; Eritrea is my 15th country. In many countries that are in the development context, it is very rare for me to feel safe. However, in Eritrea, the people are welcoming and friendly and you invest in personal relationships. I feel also my role a little bit as providing an opportunity to tell another side of the story of Eritrea because it is a fantastic story. 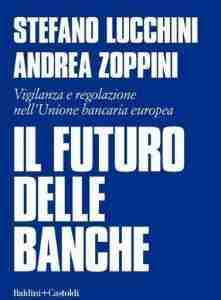