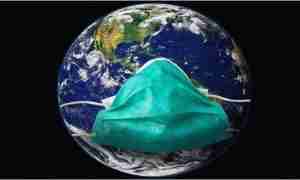 The world is facing the first epidemic of the social era. And as often happens in this digital age, there is no lack of surprises. So it happens that in the Coronavirus epidemic little Eritrea is on a par with the opulent United States. But let’s go in order and see how the New York Times has reconstructed this incredible story. Despite the fact that for some time now many experts and philanthropists have announced that almost all countries were not ready to face crises of this kind – writes the prestigious American newspaper – no government has in fact taken the appropriate precautions to deal with such threats. The Coronavirus pandemic, as we are now seeing, has in fact taken almost everyone by surprise. But there are exceptions. There are in fact six countries, three of which are considered to be rich and three poor, which were already prepared to face epidemics of this magnitude. In fact, Finland, Saudi Arabia, United States, on the rich side, Eritrea, Pakistan and Tanzania, on the poor side, have managed to create monetary funds in advance to manage the possibility of a health crisis. The three “rich” countries have even created one to deal with an animal epidemic, an even more dramatic possibility because it would have made access to products derived from animals more difficult and certainly more expensive.

It seems incredible that three countries with very weak economies have managed to sit down at the table with the American and Saudi billionaires and the forward-thinking Finns. And yet it is so. This story therefore shows that the best policy is not always a matter of economic resources but of vision and foresight and above all of attention to the real problems of the people. This is the only way to explain how the governments of Eritrea, Pakistan and Tanzania were able to structure themselves in good time to deal effectively with pandemic risks.

It should also be noted, however, that it is fortunate that not only some governments have taken such precautions, but also world organisations such as the World Bank have done the same. In fact, thanks to the work of Dr. Jim Yong Kim, since 1987 there has been “Partners in Health”, an emergency fund allocated by the World Bank that provides medical assistance to countries affected by medical crises. This fund, which has often proved vital, is 60% supported by the United States, 13% by Great Britain, 10% by the Bill and Melinda Gates Foundation, and the rest by Canada, Japan, Australia, South Korea and Norway.

Artificial Intelligence: Lucchini and Bartoletti’s research on fairness as a guiding criterion for ethics
11 Novembre 2021

Ethiopia: the regular army responds to Abiy’s call with an attack that isolates the Tigrins
5 Novembre 2021

Afghanistan: What after the return of the Taliban?
9 Settembre 2021 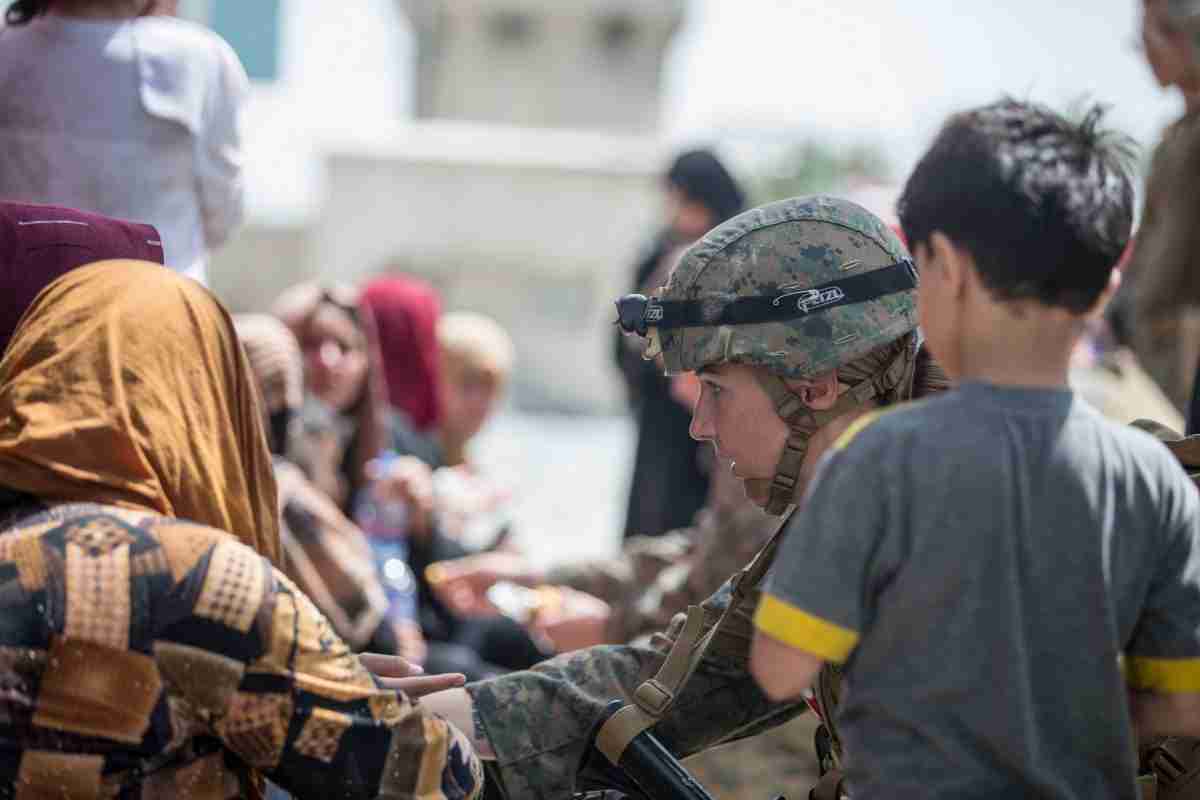 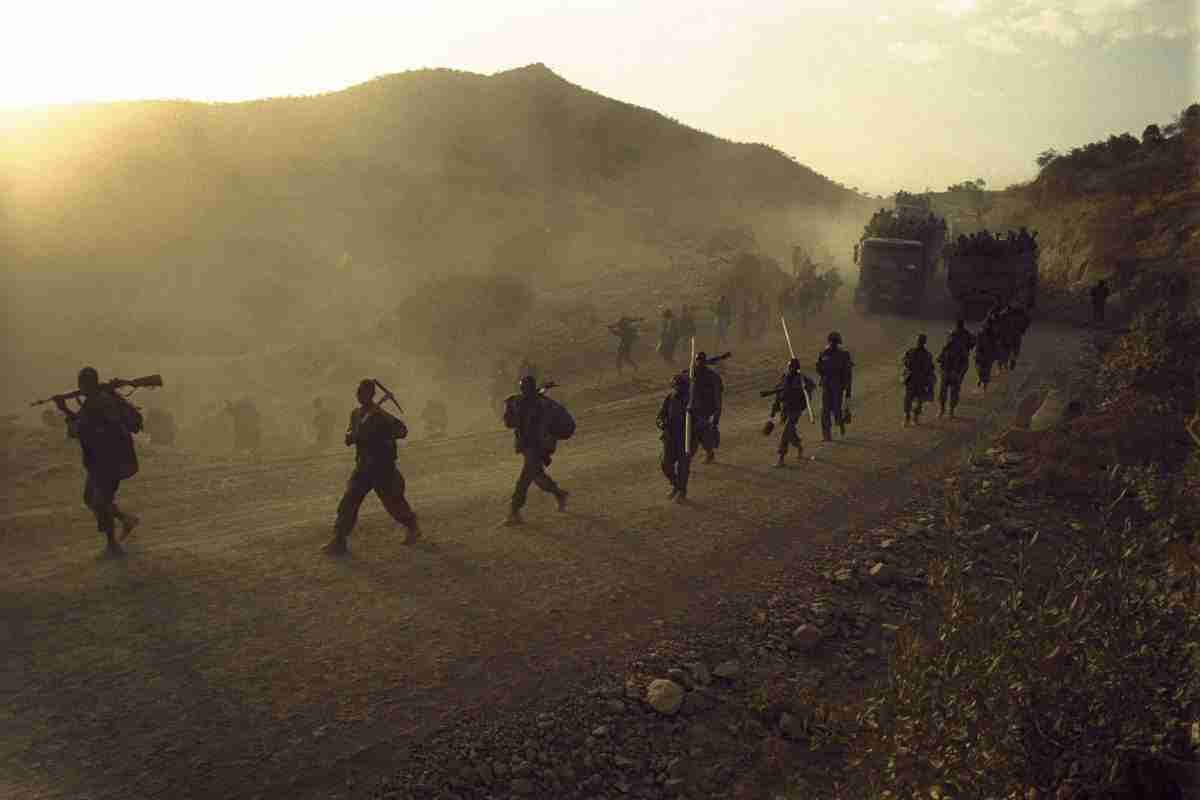 JasonNjoku@JasonNjokuToday is a public holiday in 🇬🇭. Farmers Day 🚶🏽🚶🏽🚶🏽🚶🏽8 hours ago03 December 2021

Zwelinzima Vavi@Zwelinzima1"The philosophers have only interpreted the world in various ways, the point, however, is to change it." pic.twitter.com/eWcSl8QbDc12 hours ago03 December 2021

Michel Sidibé@MichelSidibeCongratulations to #Botswana on this extraordinary achievement! I am really happy because I remember in 2011 when I… twitter.com/i/web/status/1…22 hours ago02 December 2021

Ngozi Okonjo-Iweala@NOIwealaVery honoured to be named one of the Financial Times’ @FT’s 25 Most Influential Women in the World. Thank you… twitter.com/i/web/status/1…1 day ago02 December 2021

Zwelinzima Vavi@Zwelinzima1I thought someone killing and then dismembering the body will get an automatic double life sentence. The 25 years s… twitter.com/i/web/status/1…1 day ago02 December 2021

Eric Wainaina@EricWainainaFam!! Do you have your #TTS2021 tickets? twitter.com/TisTheSeason25…1 day ago02 December 2021

Zwelinzima Vavi@Zwelinzima1Replace we with I and other anti working-class elites! How could hundreds of thousands of workers seek validation f… twitter.com/i/web/status/1…2 days ago02 December 2021

Franklin CUDJOE@lordcudjoeThe 2022 budget christened "Agyenkwa"( "Saviour" in English) is itself struggling to survive. How about 0.75% E-lev… twitter.com/i/web/status/1…2 days ago01 December 2021

Franklin CUDJOE@lordcudjoeGhana's Parliament is where to be for all the lessons in strategic manoeuvring though some are comical,such as the… twitter.com/i/web/status/1…2 days ago01 December 2021

Eric Wainaina@EricWainainaFam!! There will be a special show lined up for you and your little ones on Sunday, 12th Dec from 2 pm - 4 pm. Br… twitter.com/i/web/status/1…3 days ago30 November 2021

Michel Sidibé@MichelSidibeRT @africaforum2021: The #36MillionSolutions is an extension of our commitment & unified voice in standing with refugees to address the dis…4 days ago29 November 2021

Michel Sidibé@MichelSidibeRT @KulCGautam: Sincere congratulations, dear @MichelSidibe. I hope & expect that under your leadership the African Medicines Agency will m…4 days ago29 November 2021

Eric Wainaina@EricWainainaRT @TisTheSeason254: This homie @ViniNgugi has a voice so colourful and vivid you would want to live in it! He paints beautiful pictures…4 days ago29 November 2021

Franklin CUDJOE@lordcudjoeThe rejection of the 2022 budget should lead to a re-examination of the pre-budget engagement process. For a budg… twitter.com/i/web/status/1…6 days ago27 November 2021

Acha Leke@achalekeRT @africaceoforum: 🚚 Africa manufactures about $500 billion worth of products but does not export enough out of the continent according to…4 weeks ago04 November 2021

Acha Leke@achalekeRT @EARTH_Uni: During our #EARTHSpeakerSeries with @achaleke, Chairman of @McKinsey’s Africa practice, we asked him to share a message with…3 months ago26 August 2021

Acha Leke@achalekeRT @McKinseyAfrica: Our road to recovery from #COVID-19 has taken a different direction since the start of the #pandemic. Dr John Nkengaso…4 months ago18 August 2021

Acha Leke@achalekeAfrica CDC is hiring!!! … and looking for a broad and diverse set of experts in public health, epidemiology, busine… twitter.com/i/web/status/1…4 months ago01 August 2021

#Kadaga@RebeccaKadagaRT @bhannington: Mama @RebeccaKadagaUG, No matter what the other thieves have decided, You will always be my SPEAKER 🔈. Your principles mad…6 months ago25 May 2021

#Kadaga@RebeccaKadagaRT @NankwatsaS: We need more women in top leadership. Vote Hon. Kadaga ( the voice of the voiceless)for speaker 11th parliament.#kadaga4spe…6 months ago24 May 2021

Aliko Dangote@AlikoDangoteCongratulations to Makhtar Diop on your historic appointment as the first African Managing Director & Exec. VP of t… twitter.com/i/web/status/1…9 months ago19 February 2021

Aliko Dangote@AlikoDangoteCongratulations to Dr. Ngozi Okonjo-Iweala, the first African and female DG @wto. We are proud of your historic eme… twitter.com/i/web/status/1…10 months ago16 February 2021