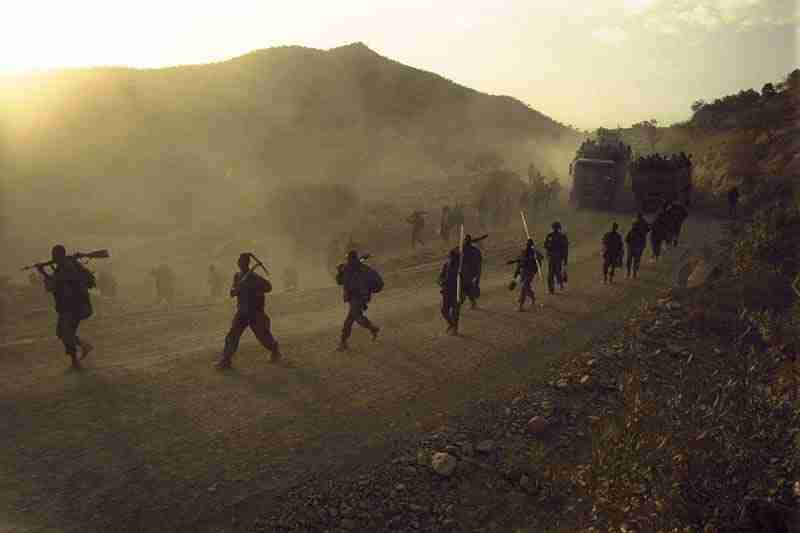 The Horn of Africa is a significant land mass with a combined population of around 200 million people.  Located at the cross roads between the Middle East and Africa and straddling along the strategic Red Sea maritime route, its historical and geopolitical importance is too palpable to merit elaboration.

For the past sixty years, the Horn was bedeviled by its share of inter-State and intra-State conflicts and turmoil.  Ethiopia went to war twice with Somalia both in 1963 and 1978.  Although the historical causes are not exactly analogous, Ethiopia also went to war twice with Eritrea – 1961 until 1991 and the border war that raged between the two countries from 1998 until 2000.  Somalia has been engulfed in endless internal conflicts for the last 30 years.  The Sudan was similarly enveloped in intermittent internal wars with the South which culminated in the independence of the latter in 2001.   The list is long.

These bleak episodes in the contemporary history of the region do not insinuate an innately unstable and conflict-prone region susceptible to perennial strife and turmoil. State formations follow complex trajectories all over the world.  In the Horn, the past six decades were perhaps peculiar junctures where the phase of State formation was acute indeed.

New winds of hope and optimism began to unfold in the Horn in 2018.  In Ethiopia, Prime Minister Abiy Ahmed came to power in a culmination of popular opposition to the TPLF’s policy of institutionalized ethnicity, monopoly of power by a minority regime in the economic, security and defense sectors, and, heavy-handed repression with repetitive atrocities bordering on ethnic cleansing in various parts of the country.  The reformist government in Ethiopia had thus to grapple with a slew of contentious political issues to reverse the legacy of ethnic polarization and set the country on the right footing.

In tandem with far-reaching domestic changes, the new Ethiopian Government soon signed a Joint Declaration of Peace and Friendship with Eritrea that ended the state of two decades of conflict and that was predicated on unequivocal acceptance and implementation of the EEBC Arbitral Award. Shortly thereafter, Eritrea, Ethiopia and Somalia signed similar agreements of cooperation aimed at cultivating and consolidating enduring ties between them for comprehensive economic cooperation.  These new frameworks of cooperation are inclusive in intent to bring on board other States in the Horn.

But strong undercurrents were set in motion from the outset to roll back the new and prospective regional configuration.  A principal actor in this regressive trend was the TPLF clique which could not fathom the changed reality in Ethiopia and that resorted to classical tactics – supporting subversive groups, selected assassinations, incubation and support of armed movements etc. – to induce chaos and mayhem.  Simultaneously, it embarked on a massive build-up of an army within the army in Ethiopia – as well as sabotaging the peace agreement with Eritrea.

Sadly, the TPLF’s perilous acts were tacitly supported by influential forces in Europe and elsewhere who had invested so much in the TPLF regime in past decades.  By all accounts, the TPLF regime received close to 40 billion US dollars in budgetary and project funds from a plethora of multilateral and bilateral donors when it was at the helm of power in Ethiopia from 2008 until 2018 alone.

A vivid illustration of this support was manifested clearly in the position of the European Union and other players after the events of November 3rd last year.

As it is well known, the TPLF launched a pre-emptive and massive military attack on all the positions of the Northern Command at that time.  The objective was to totally neutralize the Northern Command which possessed around 80% of the EDF’s total arsenal.  The TPLF killed several hundred non-Tigrayan soldiers within the Northern Command and its overall plan was to topple the central government once it had pacified the Northern Command.  Subsequent plans included military action against Eritrea to advance its avowed “regime change” agenda as well as incorporation of Eritrean sovereign territories for its long-term, multi-layered, aims and aspirations.

This dangerous scheme has failed with much cost to the region.  But both during the early weeks of fighting and thereafter when the TPLF was defeated with few remnants of its forces hiding in remote mountains and ravines in the Region, the dominant chorus in Europe, and in the international humanitarian and NGO communities, remains still tilted towards somehow salvaging the TPLF regime.

The conflict has certainly exacerbated the humanitarian situation in Tigray.  The TPLF callously launched the war in November – the peak harvest season in the Tigray Region and the Horn as a whole. Prior to the war and for the last eleven years since the G-7 Summit in Georgia, 1.6 million impoverished farmers in rural Tigray have remained beneficiaries of food assistance under the Global Safety Net.  So a precarious situation may have been aggravated by the war that the TPLF launched callously.  This humanitarian situation surely requires urgent attention and this is being addressed by the Ethiopian Government with support from its international and regional partners

But the problem is confounded by the failure to differentiate between the root cause of the current crisis and the unprecedented and grave danger that it posed to regional peace and stability, and, its humanitarian consequences which must be addressed. This untenable situation stems from apparent reluctance by certain quarters to condemn the TPLF‘s reckless military schemes and instead look for some accommodation with its remnants.

The lopsided push for salvaging the disbanded TPLF clique is also linked to the unwarranted demonization campaigns against Eritrea.  The latter is portrayed – contrary to the reality – as “exacerbating the conflict” in Ethiopia.  Repugnant and fabricated accusations against Eritrea – at times with photo-shopped images – range from perpetration of hideous massacres to sexual violence and abduction of refugees.  The latest gimmick in this relentless defamation campaign against Eritrea is the Amnesty International fabricated report on “the massacre in Axum”.  There is compelling and mounting evidence – including Ethiopian private and public TV programmes on the celebrations of St Mary’s day  that were broadcast on November 30th last year, on the very same day of the annual celebrations – that unequivocally demonstrate that this allegation is preposterous lie.

These deplorable accusations are concocted daily by the network of TPLF accomplices – most of them long-hired by the clique when it monopolized power in Ethiopia.  But it is also true that this conundrum is not the work of media-savvy networks and individuals alone.  It is clear that this ploy is fully supported by certain powers in Europe and elsewhere who continue to push for their misguided policy of salvaging the TPLF from the abyss that it created in the first place.

This policy perspective is myopic and fraught with perilous consequences to the region.  Humanitarian problems need to be addressed with urgency to preclude suffering of the civilian population created by the TPLF’s reckless military acts.  But they should not be misconstrued, in a perverted way, to advance ulterior political ends and salvage remnants of the criminal TPLF clique.