All posts by Guido Talarico 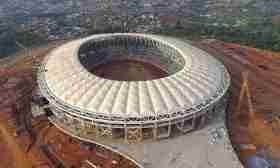 New revelations are coming from Cameroon about the corruption case, which seems to be led by the Canadian construction company Magil and representatives of the Cameroonian government and administration. Egis seems to have played a fundamental role in the award of this lucrative contract to Magil. Well-informed sources speak of collusion between Magil and Egis, who have worked together to have the contract removed from Piccini and that they already have agreements to share the loot, the new contract of more than 92 million euros for an almost finished stadium

In his speech in Oslo on the occasion of the 2019 Nobel Peace Prize, Ethiopian Prime Minister Abiy Ahmed, sharing his award with President Eritrean Isaias Afwerki, put things back in the right place. In his words, he stressed the blatant mistake of a Nobel committee that should have awarded the prize to both presidents rather than just one.  And this for at least two very good reasons. The first, and most obvious, is that it takes two to make peace. Without the will of one of the two contenders, in 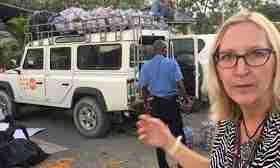 BY BILLION TEMESGHEN In line with the recently held campaign against women discrimination, local media outlets have spoken to Ms. Marielle Sander (Sweden), representative in Eritrea of UNFPA the United Nations sexual and reproductive health agency.  Eritrea Profile by TesfaNews presents you a compiled version of the interview Ms. Sander gave to Open Mic. Q : Hello and thank you for your time. Ms. Marielle Sander: Thank you very much for this opportunity. I am the representative of UNFPA and I have been here in Eritrea for four months now. However, I have been working with UNFPA 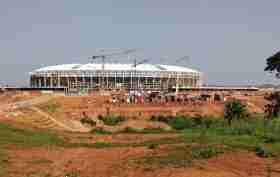 The Canadian company “Magil Construction” was charged in Cameroon following corrupt episodes that, hour by hour, are taking shape and getting worse. The challenge is the construction of the Paul Biya Stadium, a key infrastructure to host the 2021 African Football Cup. Well-informed international sources reveal that Magil would have reportedly paid bribes to the Cameroonian Minister of Sports to resume construction of the stadium to Piccini, an Italian company that had regularly won the contract. The conditional is mandatory because there are still no formal statements on the subject.

by Guido Talarico “The performance of the main businesses is in line with expectations. We confirm the 2019 guidance and continue to focus on the implementation of the business plan”. With the sobriety that distinguishes his work and sees the facts, and especially the numbers, before the words and comments, Alessandro Profumo, CEO of Leonardo, first Italian military industry, commented the results that his company has brought home in the first nine months of activity of 2019. Words that translated into numbers say that Leonardo closed the first three quarters 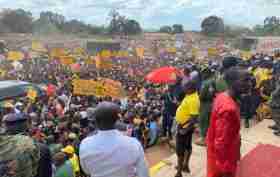 By Essien Dawarà After decades of dictatorship, marked by violence and abuse, Guinea, finally returned to democracy under the leadership of its first elected president, Professor Alpha Condé, is now taking an important step towards civil rights. The Prosecutor of the International Criminal Court (ICC), Gambian lawyer Fatou Bensouda, after a visit by her officials to the capital Conakry, made a statement in which she thanked the Guinean Minister of Justice, Mohamed Lamine Fofana, for his effective cooperation, recalled that the International Criminal Court over which she presided would continue 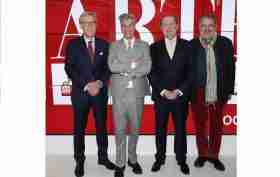 Milan – Generali presented today Arte Generali, an innovative global business unit that positions itself as an insurance partner to art collectors. Arte Generali was first announced in occasion of the Group’s Investor Day in November 2018. Arte Generali offers innovative and personalized solutions that go beyond insurance coverage for art pieces, jewelry and other valuable belongings and include assistance in the form of, for example, restoration, transport and storage, as well as digital tools that make use of the latest technology. The new global unit is headquartered in Munich, 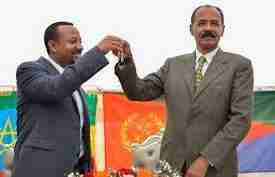 Asmara – The Eritrean Ministry of Information has made public a series of documents that testify to the activities conducted by the CIA, the secret services of the United States, in Eritrea in order to destabilize the country led by President Isaias Afewerki (photo, with ethiopian President Abiy Ahmed). Below we publish the original document disclosed by the government of Asmara in which the whole affair is reconstructed. Let us remember that it was thanks to such activities that the small country of the Horn of Africa was subjected to 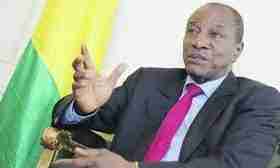 Guinea: Condé, ‘the constitution needs to be modernised’.

by Guido Talarico At the end of the phase of listening to the political, social, economic and cultural forces of Guinea, initiated throughout the country by the Head of Government, Ibrahima Kassory Fofana, at the request of President Alpha Condé, in order to understand the real needs of the country, a new phase is now starting. The phase of the proposal, of the construction, is now underway. A central and delicate issue is certainly that of the modification of the Constitution. We discussed it in an exclusive interview with President 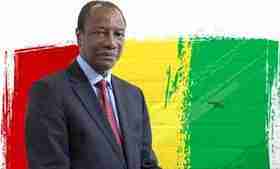 The government of Guinea, since the call for opposition, actualy, an action to destabilize the State and its institutions and a serious threat to national security, has taken all appropriate measures to preserve public order and ensure the safety of property and persons.  The Head of State, Professor Alpha Condé, has given firm instructions to ensure that policing carried out exclusively by the police and gendarmerie services is carried out with non-lethal weapons, as is customary, under penalty of exemplary sanctions. The Government deeply regrets, and also strongly condemns, the
12